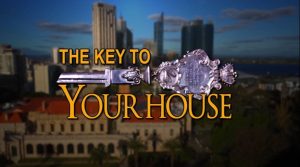 The Key to Your House

Typical sitting day A swan might look like it is calmly gliding over the water but underneath its feet are paddling furiously. The same could be said for a Typical Sitting Day. It might look calm on the surface but this episode reveals that behind the scenes there is an incredible amount of work going […]

Parliamentary firsts. Although Western Australia has a relatively small population compared with the other states of Australia, it has a remarkable list of Parliamentary Firsts. This episode identifies who these people are and their incredible list of achievements.

Parliament at War. So many Western Australian families have suffered the horror of war. Parliament at War reflects on the contribution of Parliament and its Members during wartime, and also the challenges faced by the community at that time.

History of the building and gardens. History of the Building explores the early Edwardian architectural style of Parliament House through to the post-war modern style of the 1960s, reflecting changing social circumstances and architectural trends in this State throughout the 20th Century.

Art – General. The Parliament of Western Australia hosts one of the largest collections of local artists of any Parliament in Australia. This episode takes the viewer on a journey through the different regions of the State, its buildings, landscapes, and flora and fauna, during the latter half of the 20th Century.