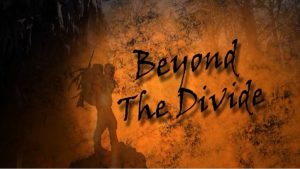 Since 2013, Beyond The Divide has broken new ground in this country, bringing hunting to television with its highly successful series 1 & 2. The good news is, that’s the wait is over and Beyond The Divide returns with Series 3, proudly presented by Beretta Australia. Throughout the series viewers will get to see Fallow, Red, Sika and Sambar hunts, as well as a an archery drop camp backcountry adventure in Idaho, and an amazing insight into truly wild Africa with a Cape Buffalo hunt in the Caprivi strip of Namibia. www.beyondthedivide.com.au

Return to the Caprivi Strip in Namibia to continue hunting Cape Buffalo.

Presenter Rob Fickling touches on his hunting backgrounds and recounts his first deer hunt in Tasmania. He then heads to South Australia to join Morgan Trenaman to hunt in the heart of fallow country

Joe Grech joins up with Rob as they travel half way around the world to British Columbia on an epic adventure to hunt one of the toughest species in the world, the North American Mountain Goat

Chital are one of the most beautiful deer species in the south pacific. Rob finally catches up with his mate Clark McGhie in Townsville and they head off on a hunt they have been planning or 2 years

Cobourg Peninsula is a remote, mystical, untamed wilderness and a hunting and fishing paradise. It is home to the legendary Banteng and the only huntable population in the world.

Public land hunting in NSW has never been easier or better. This trip takes Rob to Western NSW to hunt in one of the newer state forests opened up by Game Council to hunt feral pigs and goats

Fiordland defines adventure hunting. It is unmatched for weather extremes and its greatest prize is a Wapiti Bull. Join Rob and Andrew as they are dropped in by chopper on a 10 day backpack hunt.

We continue in Fiordland stalking Wapiti as for the first time on television, Rob and Andrew document a full 10 day backpack Wapiti ballot hunt, in the wilderness of mighty George River.