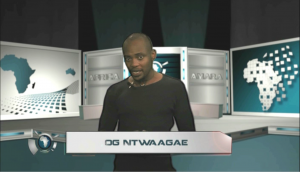 The Africa Amara TV show is a contemporary African Australian show. The name Amara means urgent business in Swahili and this resonates with the objective of the programme. We are engaged in the very “urgent business” of changing the perceptions about Africa particularly in Australia.

In the first ever episode, OG Ntwaagae talks to Dr Berhan Ahmed about how Australia sees Africa through the media, Heddie Goldberg looks at the rise of African cuisine in Austrailia, and David Milin discusses the revival of the former ghost town Bulembu.

Dr Charles Mphande discusses how imigration affects cultural identity, The Australia Africa Business Council talk about the importance of connections between cultures and continents, and Cecil Joffe tells the story behind his ‘Just Africa’ shop in the heart of Melbourne.

OG Ntwaagae discusses the rise of African advocacy groups in Victoria, Milton Najanja talks about his work training workers in caring and domestic disciplines that are much needed in Austrailia, and Botswana born Dr Sennye Mogale comes in to share her story of becoming Victorian Junior Doctor of the Year 2011.

See the ‘Team Africa’ boys in action, in a nail biting game of AFL! Also, Associate Professor Kwamena Kawansah discusses Africa’s current astate of Information Comunication Technology. And meet Kennedy Wildermariam, ht eman who rose from humble beginnings to running his own Tax Firm in Melbourne after moving to Australia with only $400.

From a Sudanese child soldier to an Australian peace advocate, David Nyoul Vincente describes his inspirational journey to become one of Australia’s most influential leaders. Eric Agyeman, motivation speaker, stops by to discuss his new book, and is obesity becoming an issue for refugees in Australia? Find out in this weeks episode of Africa Amara.Associate […]

Are we seeing the diversity of Australian People in the box as they appear in reality? Hear what Dr. Charles Da Costa, animation and media lecturer, has to say about racial stereotypes in the Australian media. Also, two NAB representitives discuss the African Australian Inclusion Program; it’s aim to provide racial equality within the workforce.